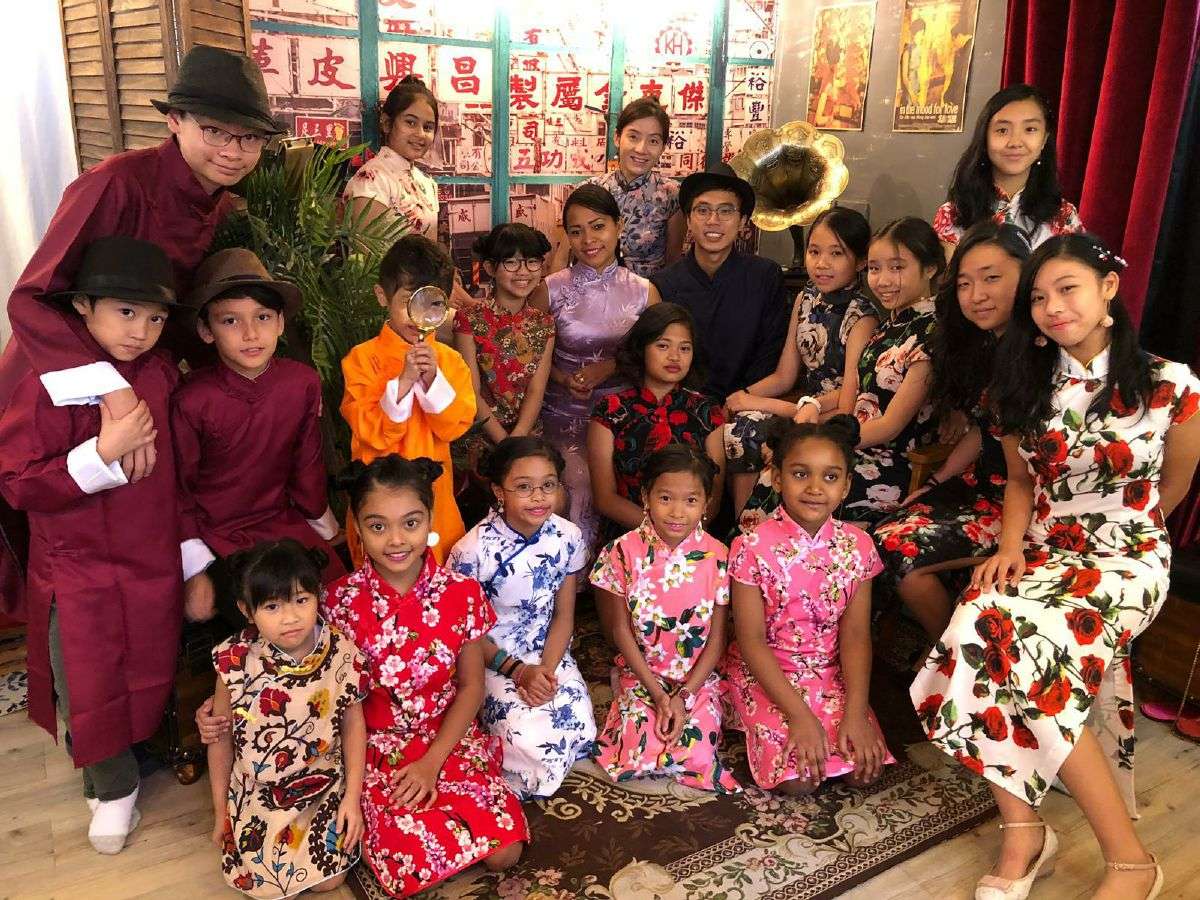 Can you imagine what an Indian girl in Chinese traditional costume looks like?

We went to the studio and chose the dresses for ourselves. After we dressed up, many children came in for the Chinese traditional costume photo shoot. Each of us took care of one and we were their buddies for the whole day. We went to The Peak, but the line to board the tram was very long and the children were very tired and hungry. Finally, we got on the tram and visited the peak. It was very cold there and the kids were freezing, we quickly took some photos and left. Then, we the NCS students had lunch together and we took a lot of photos of the street art. We enjoyed the day very much.

I feel happy that I can have a chance to wear the traditional Chinese costume! Not only did I take pictures in the costumes with our UCCKE classmates, we also took care of  younger children who were also from different countries like us!

First, we chose our favorite dress and did our hair in a Chinese style! We all looked so cute!! We then walked for about twenty minutes to ride the Peak Tram; it was really crowded but we could manage to get on the tram. When we arrived at our destination, we took photos of the beautiful scenery! It was really windy up there!

The younger ones were getting hungry and tired. So after the last group photo, we said goodbye to the younger ones and our UCCKE students had lunch together. After lunch, we had free time, and we visited famous places and took a lot of photos.  I was really tired so I left at around 4:00 pm; but the Senior Form students still had the energy to take more photos. I was really surprised!!!

I learned how to take care of the younger ones in this activity. And I hope I will have the chance to wear the Chinese costume again!!!