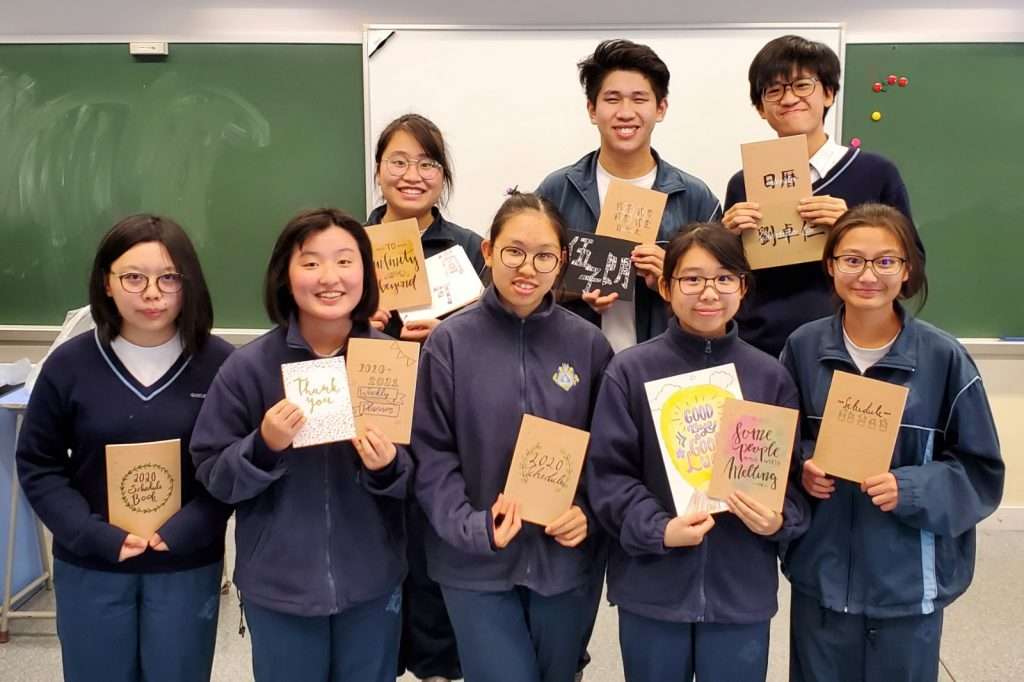 Our school’s Prefect Team is set up to help maintain a disciplined and safe school environment.

Headed by two head prefects, the team has a total of five groups and each group is led by two group leaders. All prefects are chosen by teachers carefully so that the school’s discipline can be upheld and a role model for students can be set.

The team’s main duties include patrolling along the corridor in the morning and during recesses as well as helping out in other school events such as the Sports Day and Swimming Gala.

Aside from the regular duties, the Prefect Team also assist the Counselling Team. In the beginning of the year, in order to help S1 students adapt to the new school environment, the activity Project Gabriel is held. Prefects will form small groups with Form One students and have lunch together on every Tuesday. It allows the S1 students to express their concerns and be more familiar with the school. Prefects help them if they encounter any problems at school and give them advice. Prefects will also bring board games to play with them after lunch. They enjoy the game while chatting about their school life. After a few gatherings, prefects usually get along with S1 students very well. In the last Project Gabriel meeting, S1 students receive cards with words of encouragement from prefects.

Prefect Camp is held annually to foster good relationship among prefects and to provide training to new prefects. At the beginning of the Prefect Camp, each group creates its unique slogan which represents its team. It allows the group members to know more about each other and build the team spirit. During the Prefect Camp, there is an orientation game for S1 students. Prefect Team members lead them in groups to finish the game. Besides the training part, there is time for fun as well. Water fight is one of the traditional games in the camp. Teams are armed with water guns to prepare for the “war”!

The Prefect Team is also responsible for a booth on the School Open Day. They cooperated with the social workers to introduce how to deal with bullying through games in this year. Prefect leaders and head prefects took turns for the duty on the day. The “War” Room has successfully attracted many visitors, and with everyone’s hard work our message was well delivered.

The great work and effort of teachers and S6 prefects were appreciated in the farewell party, as they have been good leaders as well as role models in the Prefect Team. The farewell party was to send-off the S6 prefects and to appreciate their dedication to the Prefect Team. Prefect leaders designed unique planners and thank you cards for the S6 prefects. The team were glad to have Hannah and Theo as our head prefects in the previous year. Thank you cards designed by this year head prefects were presented to them to appreciate their hard work. A lunch gathering was held in the farewell party. Everyone enjoyed the moment with each other. Chris, who was originally this year’s head prefect, also came back to join our party.